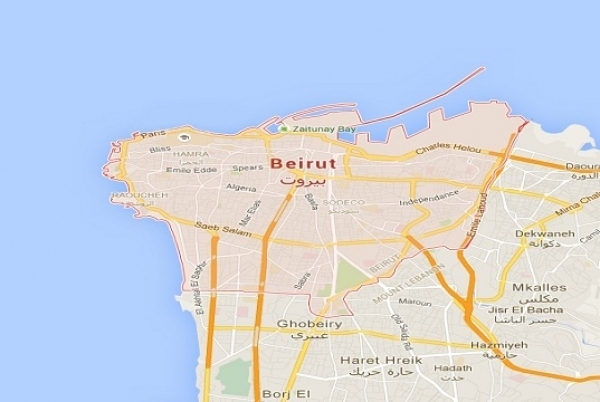 It is no surprise that the municipal elections in Beirut have received the greatest share of coverage. Besides being the capital city, Beirut is a sectarian and political mosaic where the Sunni are a majority and the Future Movement is a significant force.  The voter turnout and the voting trends by sect have been the main focus of attention given the political and sectarian indications they convey.

Voter turnout stood at 20.1% this year compared to 18.1% in 2010 and 24% in 2004. Therefore, the low participation rate was nothing new on the electoral scene of the city. Abstention was attributed to several reasons foremost of which was the absence of real competition, as the Beirutis List (coalition comprising the Future Movement, the Amal Movement, the Free Patriotic Movement, the Lebanese Forces, the Phalanges Party, the Tashnag and the Armenian parties) was not running against a politically-backed rival but against Beirut Madinati, a list representing and supported by the civil society. 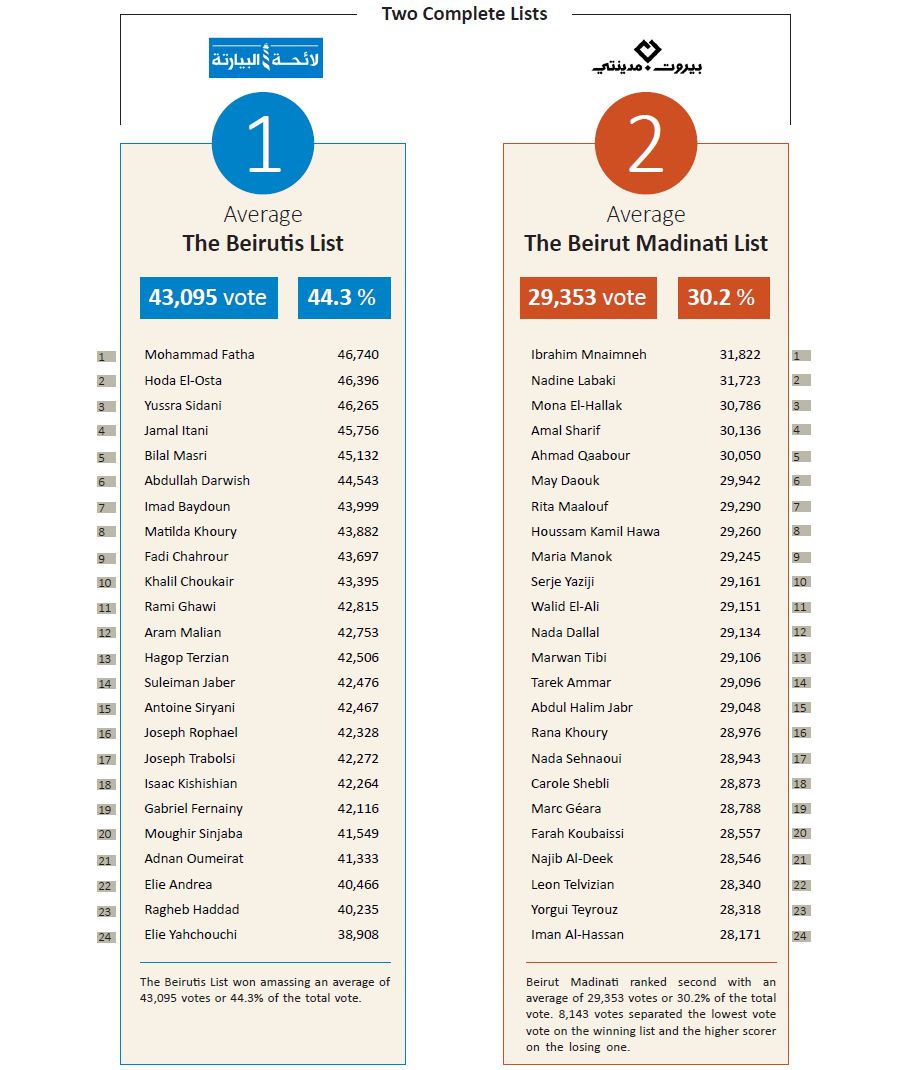 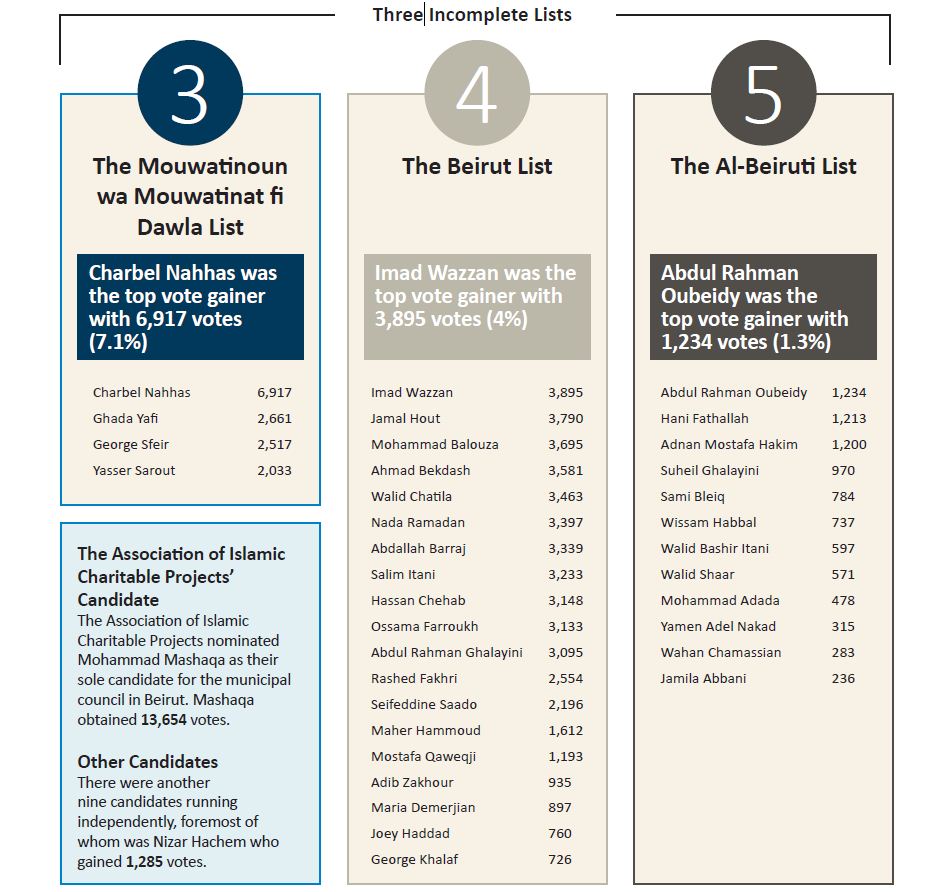 Lebanon witnesses a high number of departures after Beirut blast

Non-Lebanese own 37 million m2 of the country

The Monthly is published on a quarterly basis by Information International, a leading Beirut-based research and consultancy firm.